The Original Original Society of Friends 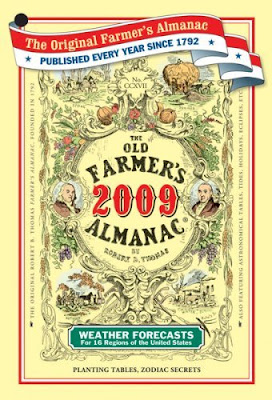 The new Farmer’s Almanac arrived this week. That’s a big deal here in Maine, where we can boast to being the home state of the almanac’s headquarters. We also tend to be pretty interested in the book itself: not only do Mainers love the folksy wisdom and no-nonsense facts listed therein, but we also tend to be really, really interested in the almanac’s predictions for winter, since we endure more than our fair share of that season every year.

Here at caninaturalist headquarters, we love the fact that, more times than not, the Farmer’s Almanac is shockingly accurate in its predictions. We also love that they continue to embrace time-honored (and occasionally scientifically-suspect) means for testing seasonal conditions. One of our favorites of these yarns is that you can predict the severity of the season by looking at the local creepy crawlies. 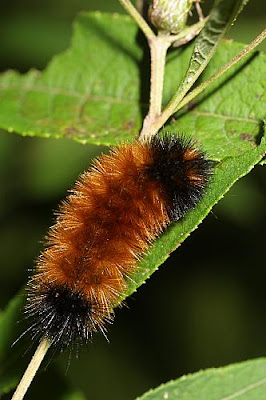 This is a wooly bear. More precisely, it’s a caterpillar about to metamorphize into an Isabella moth. 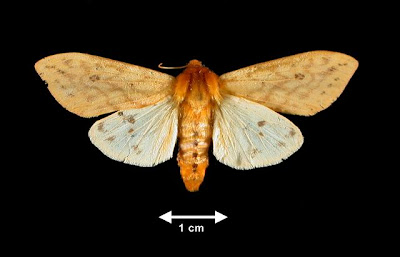 For years, all sorts of almanac readers have been swearing that you can tell how long, cold, and generally miserable a winter will be based on the wooly bear’s coat. The caninaturalist and I were curious about this fact, so we did some investigating. According to the Almanac’s website, this tradition was first tested by Dr. C. H. Curran, curator of insects at the American Museum of Natural History in New York City. He and his wife collected dozens of wooly bears and examined their markings in the hopes that it might tell them something about the climatological fate of the seasons. They even went so far as to consult other scientists, meteorologists, and who knows who else.

In the end, Curran's results proved mostly accurate but not overly rigorous as far as methodology is concerned. But that didn’t really matter much to anyone. Thanks to media coverage of this story, The Original Society of the Friends of the Woolly Bear was formed, mostly as an excuse for leaf peeping, cider drinking, and (every so often) caterpillar studying. Through their incorporation, the popularity of the wooly bear was assured.

The caninaturalist and I set out this morning to see if we could find a wooly bear for our own study. We knew two facts about the wooly bears' habitat: they like flower foliage and sunny places. So, for our first stop, we thought we’d examine our sunflowers. We were pretty sure we wouldn’t find anything, since these flowers are 1) cut and in a vase and 2) stationed firmly on our kitchen table. But much to our surprise and delight, we found a lively specimen: 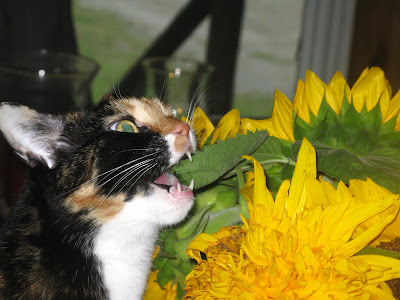 Next, we considered the wooly bear’s diurnal behaviors. When it gets cold outside, the caterpillar tends to curl up like this: 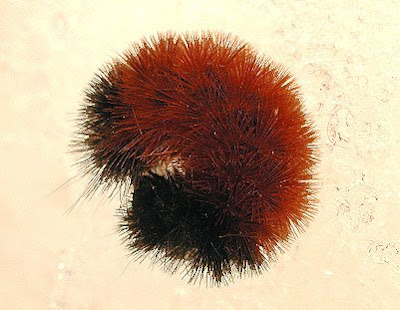 Here’s what we found on our living room chair: 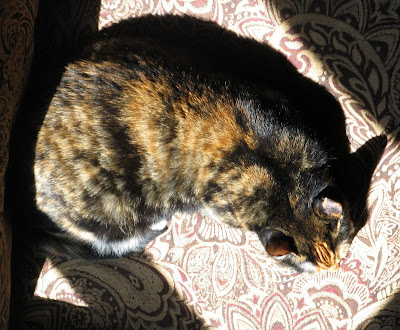 We don’t want to sound alarmed, but we’re pretty sure the house is infested with these buggers. This is what the bedroom looked like just an hour after those first two shots were taken: 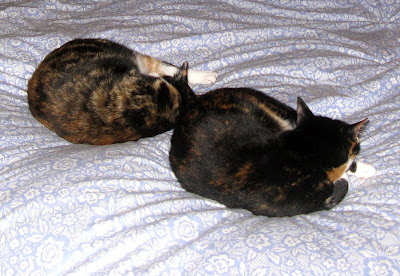 At this rate of reproduction, there could be millions of these fuzzy caterpillars in our house by the end of the month. I guess that means we have one very cold winter ahead. And we probably need a box of mothballs, too.

NAK and The Residents of The Khottage Now With Khattledog said...

I only saw khats -

Woo! Those are mighty large CATerpillars! If you get too much snow this winter you can send some my way.
ECHO

Those are very large caterpillars! Very cute ones too!

My mom remembers caterpillars when she was a girl!
I have not seen one!
Kisses and hugs
Lorenza

Harrrrr Ari
I found 2 of the wolly bears in the Good Ships Mavericks Run today Harrrrr. I think the winter is going to be cold Harrrrrr.
Cap'n Maverick the Pirate

Hmmmm, we have some of that going on here, but of a different species. Mostly the canine species.

Good evening Ari.
The generation of the caterpillar is Japan.
It browses on the leaves by being generated in the cherry blossoms tree, and
the tree is spoilt just. The tree under is red excrement.
Here, the insecticide is scattered in Mr. plant shop.
The fertility is a strong very caterpillar.
The moon is observed on the weekend and ..round.. waiting peacefully.
The circle begins to walk.
It presents AWARD from me. ：D

YOU ARE HYSTERICAL! I'm wiping my tears from my eyes. So funny.

BEWARE! Those Woolly Boogers are uncannily knowledgeable when it comes to predicting the winter weather. Oy.

Very nice! I remember reading in, yup, one of Laura Ingalls Wilder's books that another means of predicting the winter involved measuring the thickness of a muskrat home! The thicker the walls, the worse the winter. I think there was something about beaver homes, too. In any case, it's an interesting theory, that somehow animals have the inside scoop on weather. Maybe wild animals, I'm not going to trust the meteorological predictions of an animal who eats vomit, rabbit poops, and underwear.
:O

Oh the wooly bears can be pesky, but they're worth having around. Ari will second that I'm sure.

Is Mouse eatting that plant? Perhaps you should offer a few more veggie options on the menu. Next thing you know your crew will be eatting brownies with "veggies" in them too. Very funny post. Who knew you could be so funny?

The Army of Four said...

CATS! Your house is being taken over by CATS! This is VERY scary. Where's Ari!? Is she OK?
Love,
Ammy

Those caterpillars are interesting. This is a cute post with the other wooly specimens!
--JB

We just saw some wooly bears on Labor Day. They were all light colored. I hope that doesn't mean we won't have any snow!

Oh wow. I have so much to say about this post. 1) Not that you would care, but, every year, I receive a Farmer's Almanac calendar from my step-dad. I love it...obviously not as thorough and jam-packed with info as the almanac itself, but I love it and use it as my daily diary of sorts, noting my # of eggs, appts., unusual happenings, etc.
2) Marcee, Jim and I were just having a conversation about these wooly bear caterpillars. I have grown up with these orange and black guys, but we found a completely black one on our porch the other night. Marcee said that this is the indicator of the winter to come...if it's completely black, a mix of orange and black, or in some cases, completely white (!) - all these indicate different weather patterns to come. I hadn't heard any of that before. All I know is that I had never seen a completely black one and it kinda freaked me out. :-)

I was just going to say that Danni, myself, and her husband just had this conversation while I was at her place. Too funny that you just mentioned it as well. We refer to them as wooly worms. And there is a huge deal made of them every year to predict our winter to come. I have already seen orangish/tan ones in the past few weeks. I have never seen the one that you have shown in your pics. Isnt that funny how they can vary that way?

See, frugalmom?? *Those* are the ones I was trying to describe to you...those are the "real" wooly bear caterpillars! :-)

I see, I see! Now we have each seen ones that have never revealed themselves before.

those are some big caterpillars...the ones on the bed are so cute though, they will be very big butterflies won't they ari. Hope you are taking some time to enjoy the end of summer...thanks for visiting my blog...

I constantly see the wooly bears crossing country roads when it's sunny out this time of year. The addition is coming along well, I'm starting to work at LL Bean today so that may slow me down a little.

Did you ever pick one up and have most of their hair come off in your hand? I have:-~
You must have the wooly hair all over your couch.

Ewwwwwww!!!! sugarcreekstuff, the oddest things happen to you. I can honestly say I've *never* had most of their hair come off when I've handled them. How about you guys, Kathryn and frugalmom?

We love the story.. We may have to pick up an almanac..

We have an update.

You are too funny. I laughed out loud at this post.

Thanks for starting my day off right.

Farmgirl: cat hair, yes. caterpiller hair, no. Do you think the other wooly bears tease the bald ones?

Hey kathryn, good question - I dunno. And if there are bald ones running about, does this mean the winter will be HOT? Let's just ask sugarcreekstuff - she'll know.

Ok, first Q. Did you ever pick one up and hold it or did you just observe it from afar? I heard they lose hair as a safety measure, but I did hear it when I was a kid and can't verify the info. Maybe it was dead and not just playing dead.

They do get teased but the less hair ones just toss on a bikini and head to Miami, get drunk and make bad choices.

I just found this post. Go to it and enlarge the photo. Me thinks it is getting ready for that trip to Miami.
http://www.myhomeamongthehills.com/

I just found this post thanks to farmgirl_dk. I took the pic of the black wooly on my blog (myhomeamongthehills.com) and it dumped hair like crazy when I picked it up...and I think it definitely had the head to be bald. As a now bald, former caterpillar myself, I can answer definiteively that life is better without hair! I am not so sure I'd look good in a bikini but I excel at bad choices!

Oh dear....laughing so hard.
Poor Kathryn...did you ever expect your post to get 35 comments, many of them from very, very silly folk? :-)

Wow...have we moved on to bald wooly worms now? That are apparently headed to Miami....I am cracking up right now. 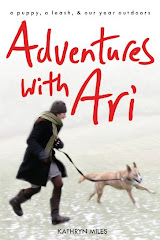 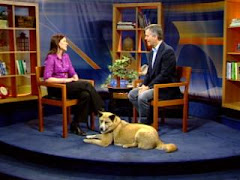 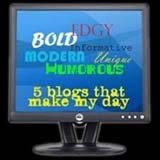 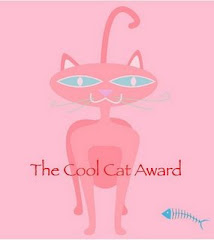 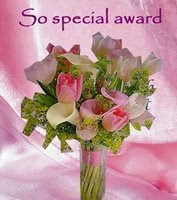 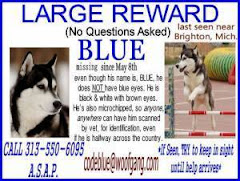 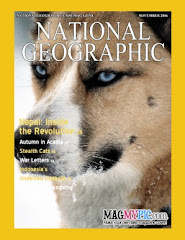 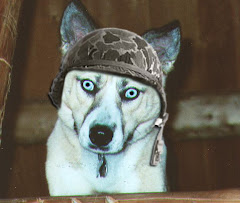